GUEST SCREENING OF ‘THE INVITATION’ AT THE 2013 INSIGHT FILM FESTIVAL 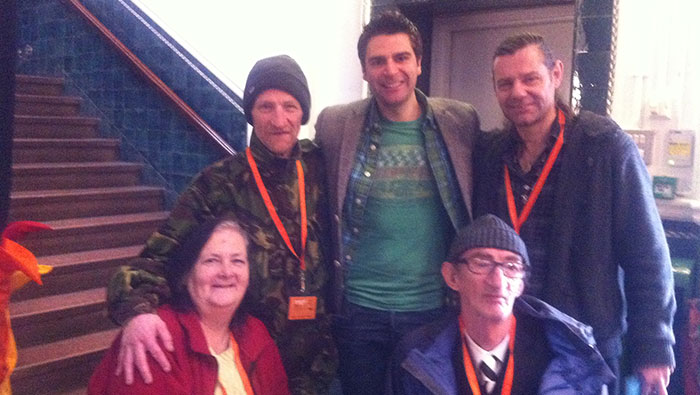 On Saturday 16th March, Sue, David and 8 of our actors met up with director Garry Paton at the 4th Insight Film Festival at Z-Arts, Hulme. Festival founder and Director John Forrest had invited us for a guest screening of our comedy The Invitation.

We made The Invitation in 2011, written and produced by Acting on Impulse founder Lauren Tomlinson. You can read about it in three earlier blogs. It’s a comedy short with appearances by TV comedy stars Dave Spikey and Neil Fitzmaurice. We had enormous fun making it, as did all the cast and crew, not to mention the 2 donkeys!

The early birds settled down to coffee in the foyer, admiring the orange and red flame décor evoking the ethos of films of faith. John Forrest himself greeted and briefed us and Emma Hardman, Z-Arts House Manager welcomed us as old friends and made us feel at home. This is our fourth time at Z-Arts – we performed our version of Shakespeare, Dream on the Streets, here in 2010 and our mystery play Deep Within in 2012. Our 2009 film Under the Tracks was screened as part that year’s Insight Film Festival.

The Invitation began the day’s screenings and it was a huge thrill to see it again on the big screen. John then interviewed the film’s director, Finite Production’s Garry Paton, to talk about his experience in the world of film and his involvement with Acting on Impulse. Garry stressed that people had not just seen a film but the end of a process. The film is only the final product of two terms of story-telling, listening, devising, writing, training and all the numerous activities that go into building up a company of actors from people from the margins of society. The film production is where our actors meet professionals from the industry and we’re now finding that crew members and film makers want to work with us again and be part of the Acting on Impulse family, they so love what we do.

Next came the screening of the documentary ‘The Making of…’ This was filmed by Joe Chambers, who subsequently came on board with us for Deep Within and is now director and workshop leader for our current project, a music video. This showed the sheer enjoyment of the crew and cast, their energy leaping from the screen. It also spotlighted the extras from Cornerstone and Positive Lifestyles’ Royal Court hostel. This was the first time we’d taken workshops out to hard-to-reach people and they were able to take part in the filming of the AA meeting scenes with Neil Fitzmaurice and in the church scenes.

Finally John invited Garry, David, myself and actors Neil, Lisa, Kaite and Martin to join him in a Question and Answer session. This was totally unexpected and a great honour. John made sure that he asked a question of each of our actors in turn, handing them the mic and eliciting their opinions. They did us proud, each and every one, speaking out confidently and reflectively.

Then it was time to begin the programme for the day’s festival screenings and we sat back and enjoyed a thought-provoking programme of films from around the world.

Thank you to Insight and to Z-Arts for giving us a fabulous experience, food for the soul. 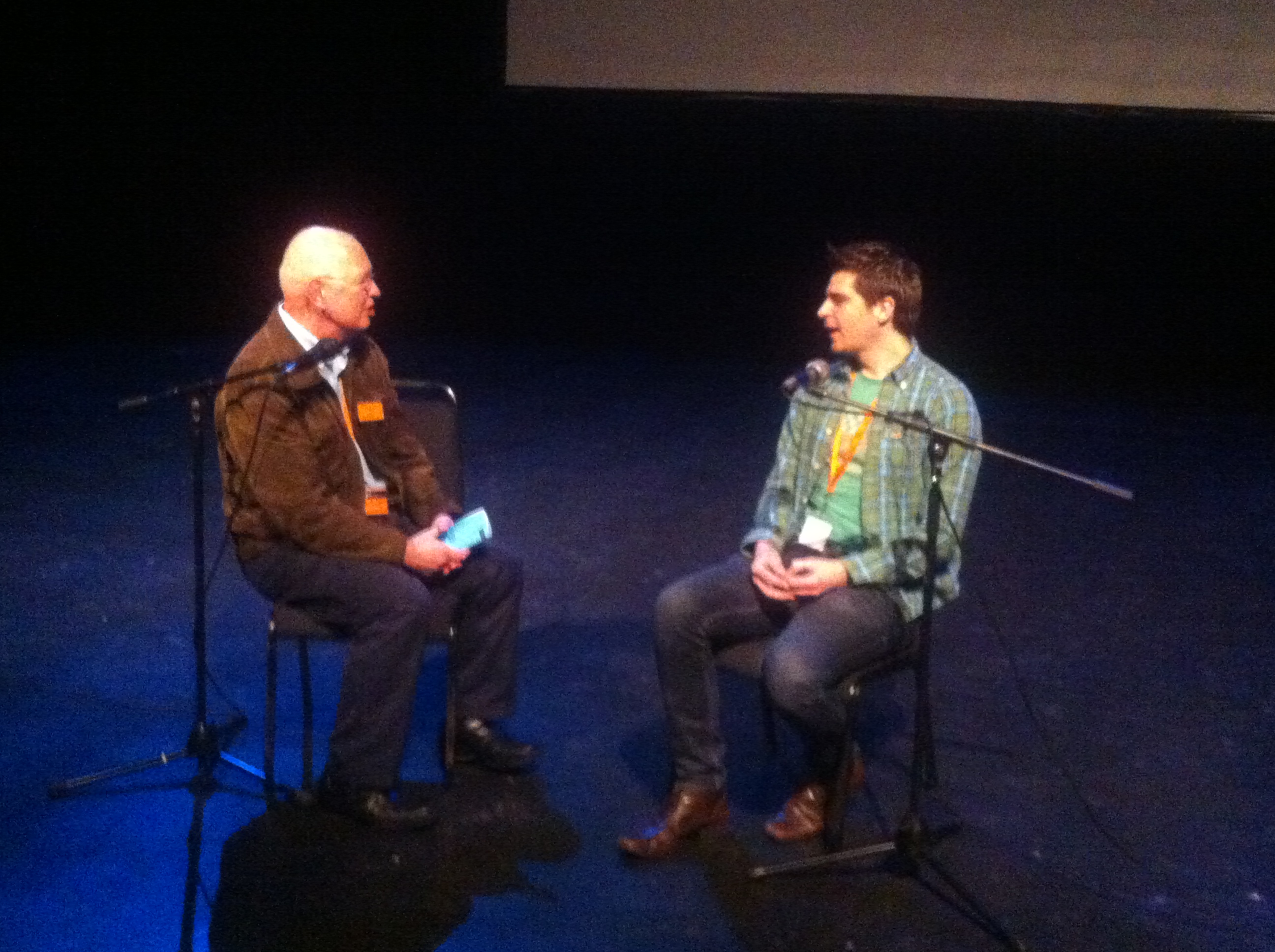