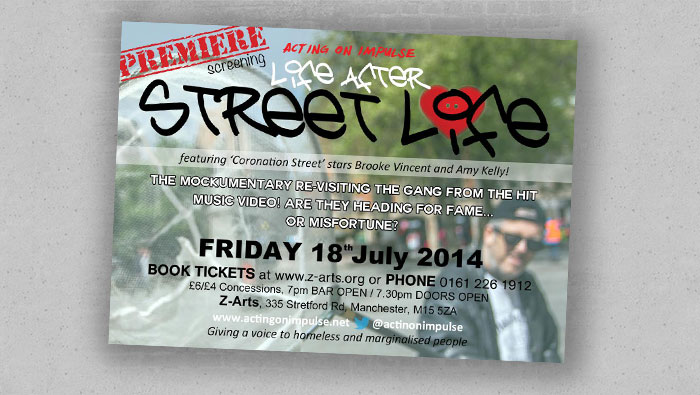 The premiere of our latest film, ‘Life after Street Life’ will be on Friday 18th July at Z-arts theatre in Hulme. The bar will open at 7-00pm and the performance will begin at 7-30pm.

This is our fifth film and is the most complex project yet. It has demanded a lot from our actors during fortnightly workshops and the director, Joe Chambers, has drawn out some magnificent performances. Is it comedy, tragedy or farce? Or all three? Come and see for yourself!

You will see many of the characters from our music video, ‘Street Life’ as the cameras catch up with them to see how their lives have changed in the last 12 months. Have they found fame or maybe just more misfortune. They have been joined by some interesting new characters and we are delighted that two of Coronation Street stars have appeared in character in the film. Sophie Webster (Brooke Vincent) and Maddie (Amy Kelly) appear at the soup van as volunteer and punter respectively.

Come and see some zany characters around the theatre and be prepared for some surprises! The film, which has been produced in four episodes will be shown and then launched on You Tube for the world to see. 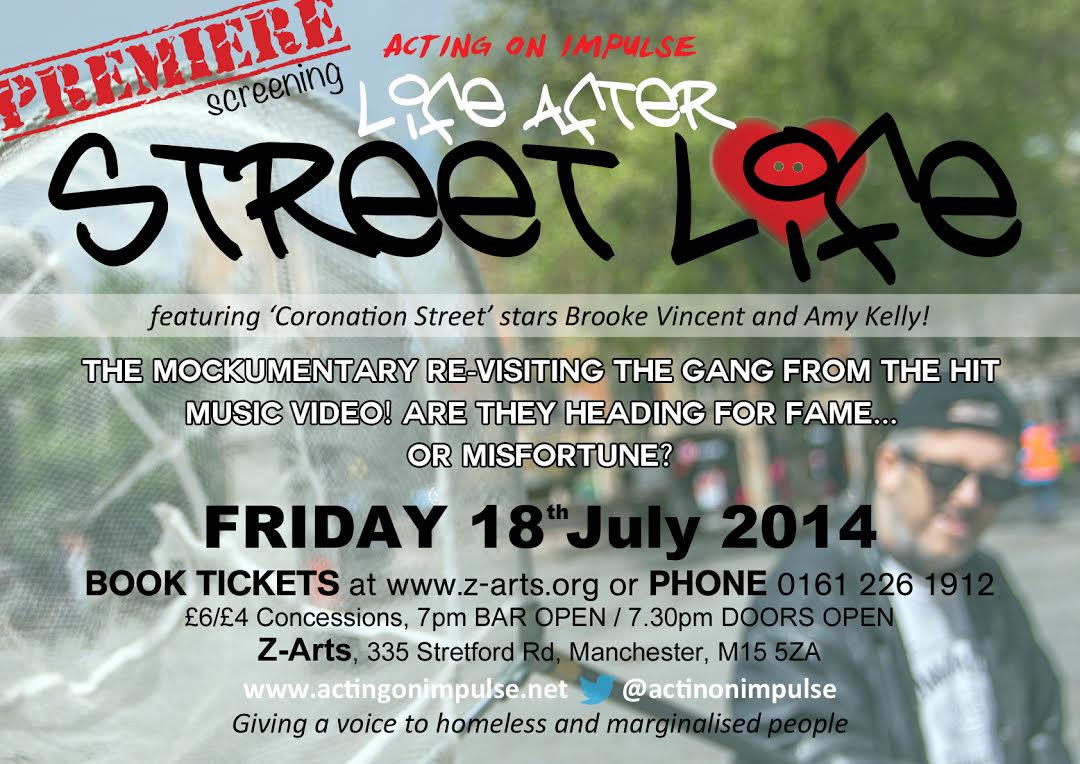