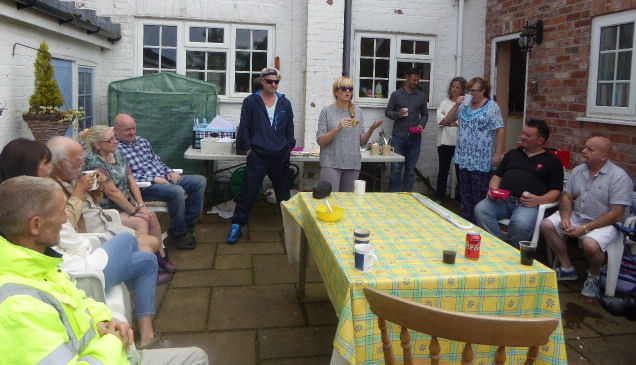 A sunny Sunday in August saw the actors coming together for a barbecue. It was time to reminisce over the past year and all that was achieved through the 10 films making up ‘Life’s a Lottery’.

Each actor received their certificate plus some individualised photo’s of their performances and of cause that very precious copy of the DVD with all the films and the ‘making of’ documentary. There was much laughter and lots of food. It was a time to celebrate. Then there were announcements about the arrangements for the new programme for 2016/17 season – due to start in just 8 weeks time. Everyone left full of anticipation for what that new season would bring.