A SEASON OF MYSTERY 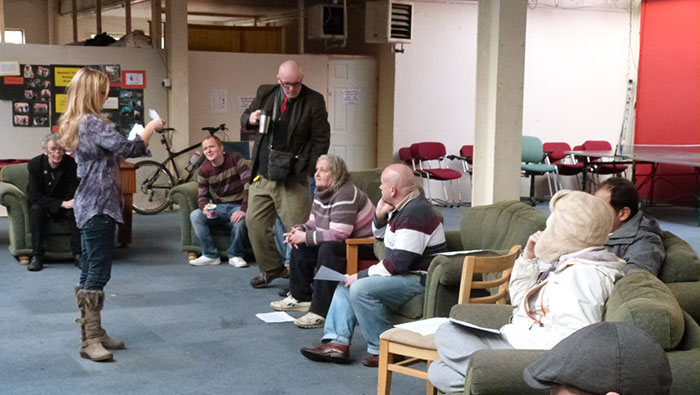 Our fifth season of fortnightly workshops began in October 2011. The theme is ‘Mystery.’ The end product, to be shown in May 2012, will be a multi-media mystery production, incorporating a number of short films into a live stage performance.

When we filmed ‘The Invitation’ in May 2011, Lauren made a number of interesting contacts. She did some taster sessions at two Salford hostels run by Positive Lifestyles for people with addictions. The guys were then invited to take part in ‘The Invitation’ as extras, both in the opening scene at the AA meeting, and as wedding guests. Four of them came along and added great character and authenticity to their scene with actor Neil Fitzmaurice in the AA meeting, and to the wedding ceremony. They were joined by 9 other extras, recruited from Cornerstone Day Centre for vulnerable people. The managers of the hostels commented afterwards on what a wonderful weekend it had been for their residents. No-one ever invited them anywhere and they hadn’t stopped talking about their 2 days on a film set.

This fired a vision in Lauren. These guys find it difficult to travel to our workshops, so why not take the workshops to them? So this season we are busy trying to raise the extra funding needed to deliver 3 mini-workshop series to Cornerstone and the Positive Lifestyle hostels. The project would be to film 3 mini films at the end of the workshops, which will become an integral part of the story and will be shown on a back screen as part of the stage production. The guys will know that they have contributed to the bigger production and hopefully will be able to come along and enjoy it. The fourth film will be made by the regular workshop actors.

We’ve had a number of new actors this year, most with no experience of acting, as well as a solid core of regulars. Numbers are good, up to 16 actors per session. A group of Salford Uni media students came along to make a programme for Channel M about Acting on Impulse and we all enjoyed watching the final result, well done guys! One of the students stayed on to help at the workshops and Joe Chambers, who made the documentary on ‘The Making of The Invitation’ also stayed on to help.

The actors have been busy devising a mystery, set on the streets. Four different strands emerged and the first highlight of the autumn term was the visit to a workshop of a professional script writer, who facilitated the intertwining of these strands into a coherent storyline. Ideas buzzed around, a huge amount of creative excitement was generated and by the end we had a massive story. Lauren will work this into a treatment, from which the dialogue will develop, with more improvisation.

The second highlight of the term was our very own version of the X-Factor. Lauren did some work on audition techniques in preparation for a real casting panel, made up of a film director (Garry Paton, Finite Productions – he’ll be directing the final project), Kate O’Hara, a film producer and Nicci Topping, a casting director. 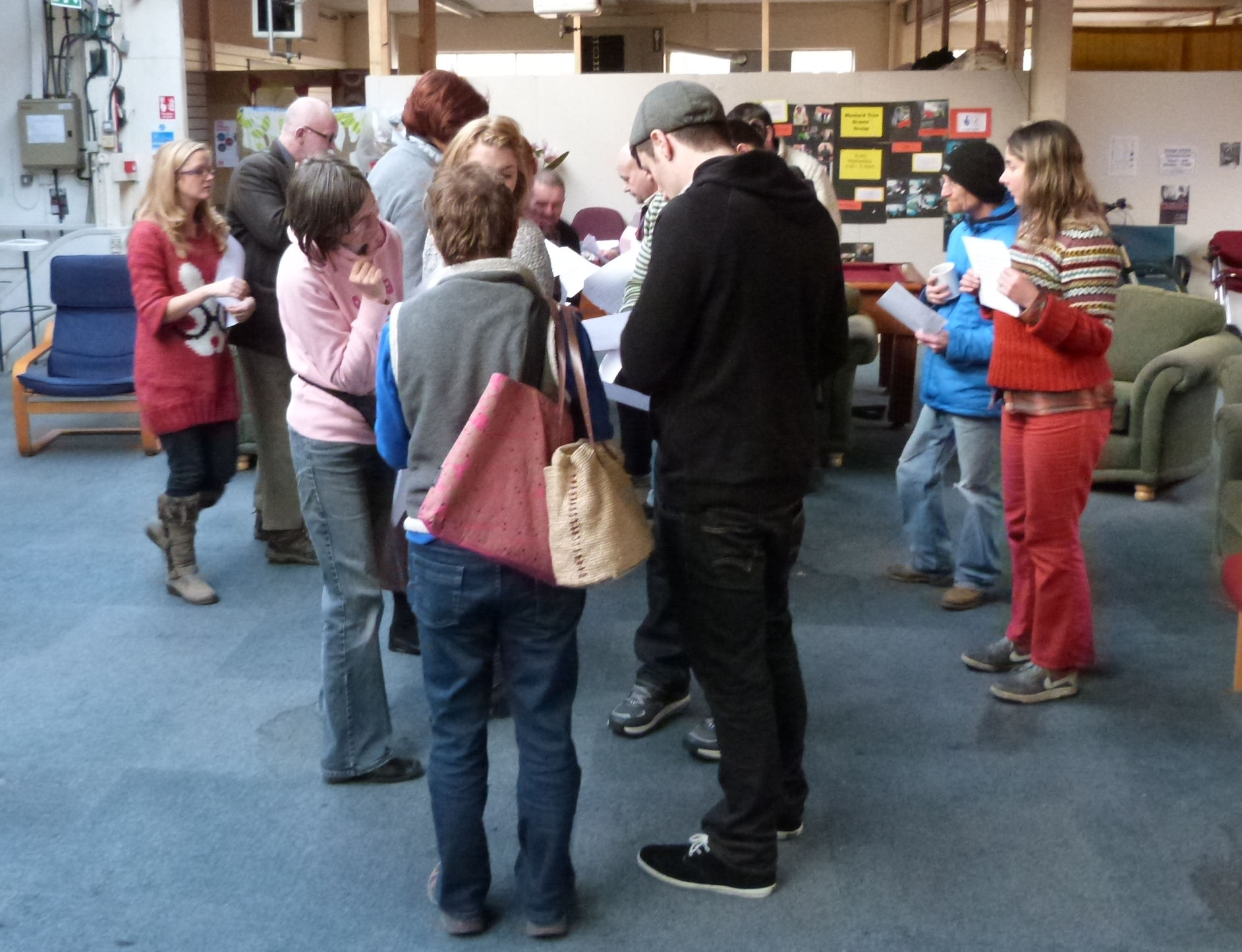 The actors had worked on an authentic film script and came before the panel in threes. Greeting the panel was important and everyone had their own idiosyncratic way of making sure their face was memorable. They then performed their audition pieces, and were directed and given notes. At the end the panel gave a summary of their findings, leaving the actors on a high. In the past we have had some success in getting three of our actors agents and auditions. We have hopes for the future!