‘UNDER THE TRACKS’ SCREENS AT THE HOMELESS FILM FESTIVAL 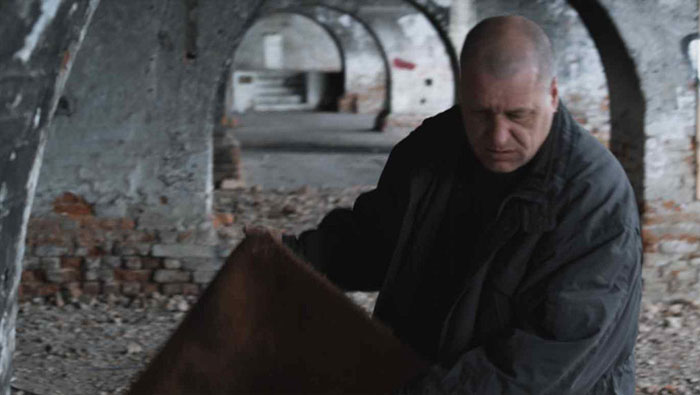 We were thrilled to learn that our second film ‘Under the Tracks’ has been selected for the Homeless Film Festival. The festival is touring at venues throughout the country this month and screens at Manchester’s Cornerhouse on Sunday 22nd April at 4pm (details below).

‘Under the Tracks’ was conceived and produced by Lauren Tomlinson, written by Andy Walker and directed by Garry Paton from Finite Productions. This began a fruitful working relationship with Finite. The film was yet another steep learning curve for Acting on Impulse, with a bigger cast and crew than our first film ‘Humanitas.’

We had to scour inner city Manchester for suitable railway arches, then get them cleared of syringes and other dangerous detritus.  One day was spent filming at Cornerstone Day Centre who were more than tolerant of the film crew and cast invading their routine (we recommend Sister Lucy’s egg and chips, cooked for us by her own fair hand). The Manager, Angela Shannon played herself, as did staff member Billy. Neither had acted before and they were first class. We’re collaborating again with Cornerstone for our next production, ‘Deep Within.’ Other memories include finding a warehouse location, Mustard Tree, which lead to another positive relationship (we now have our Sunday workshops at Mustard Tree). Not to mention having to dodge a gang of men armed with baseball bats who vandalised nearby cars and then smashed in the windows of a local pub.

Our actors were, as ever, amazing. The lead actor was homeless on and off during filming and never let us down. He showed us how to make up cardboard beds under the arches and acted from the heart, his first ever experience of acting. The story of the broken trust between Robert and Joe and the struggle by Daniella to break away from her exploitative relationship with Anthony still brings a lump to my throat.

You can see the trailer on http://vimeo.com/6638361. But best of all, why not meet us at the Cornerhouse on 22nd April and see ‘Under the Tracks’ for yourself, as well as a host of other short films from around the world that may change your views on homelessness.

The Homeless Film Festival is a Donkey Stone Films project that provides a platform for homeless people to tell their stories through a series of high quality short films and features, raising awareness by putting the issue of homelessness firmly in the media spotlight. Hundreds of film submissions were entered from all over the world. A panel of homeless people who took part in DonkeyStone’s film workshops selected their favourite 80 minutes worth for this free event. Thank you guys for choosing us! http://www.thehomelessfilmfestival.org/about.php.

Tickets for the 90-minute programme of short films are free but must be reserved. You can book online: http://tickets.cornerhouse.org/peo/auto_choose_ga.asp?area=41 or by phone: 0161 200 1500