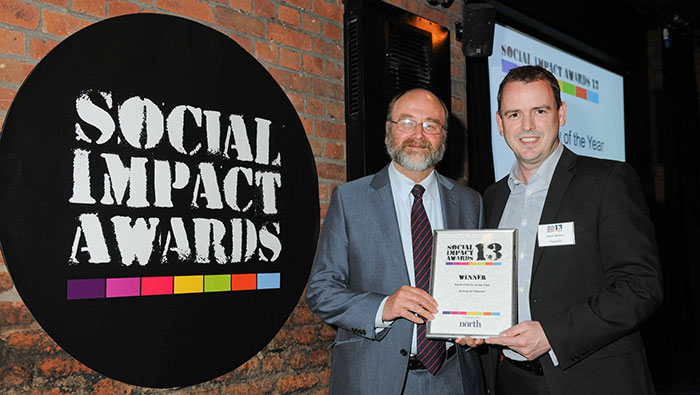 On 1st May, 2013, the Social Impact Award ceremony was held at the Comedy Store in Manchester. The event attracted charities from around the country entering for awards in 25 categories. Most of the attendees were from the 100 or so organisations who had been short listed for an award. We were delighted when Acting on Impulse was short listed in the category ‘Small Charity of the Year’.

David Tomlinson attended the event which comprised four very informative talks from leading practitioners before the important business of announcing the winners and presentations got underway. We were thrilled that Acting on Impulse won the Small Charity of the Year category. David felt very honoured to go forward and receive the award on behalf of the charity. It was fitting recognition of the hard work and innovation of all that we have done over the 6 years since we started. 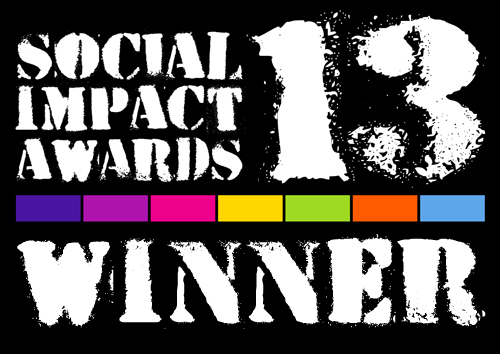