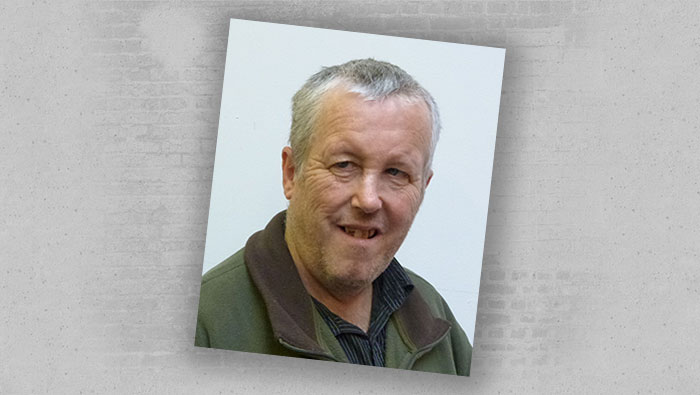 One of our actors just couldn’t wait for the premiere of our latest film, Life’s a Lottery. July 30th is his birthday, and he was so looking forward to celebrating by seeing himself on the big screen at HOME cinema, Manchester, followed by a celebration lunch with cast and crew. For him, the best part of a screening was when all the actors linked in a line front of stage and took a bow, to a standing ovation.

Sadly, Kevin will be missing from that line. He passed away at the beginning of June. We will be thinking of him for sure at the premiere, and there will be a special tribute to him, which he would have loved.

Kevin was born in Wigan 58 years ago. He had many ups and downs in life and we first came across him when we did a mini-workshop in his second home, Cornerstone Day Centre. These led to a film clip in our multi-media stage production Deep Within, where he appeared in a lovely little scene as a customer in a clothes shop. His career in film was born and he treasured the DVD of that production. 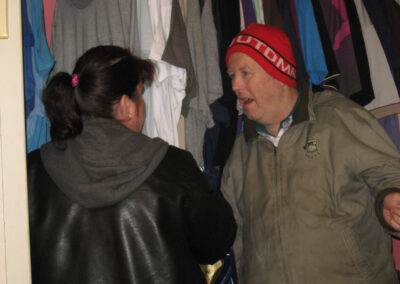 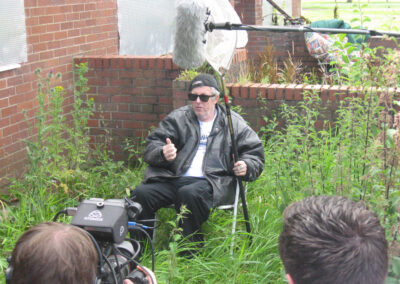 Dodgy Joe can get you anything! 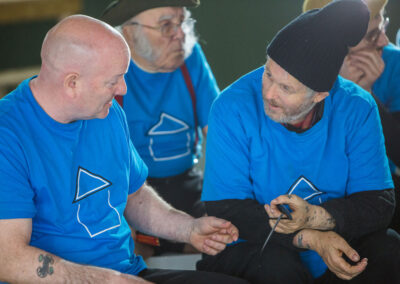 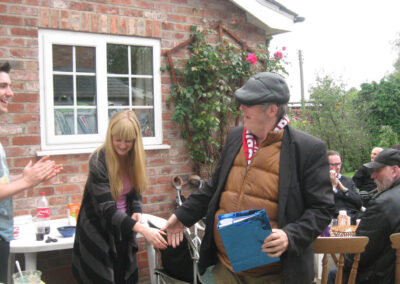 Kevin receiving his certificate of achievement 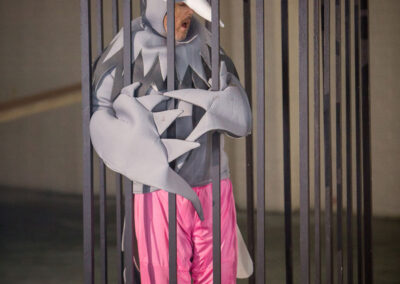 Kevin the caged pigeon, The Box 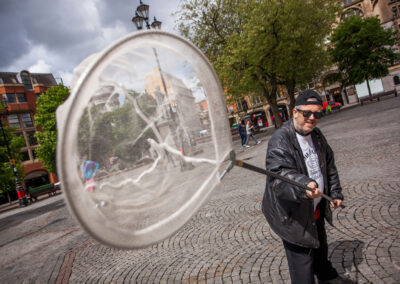 Kevin joined our regular acting workshops in 2013. Despite a long bus journey he was always one of the first to arrive, beaming from ear to ear as he presented Lauren, our Creative Director, with a bunch of colourful flowers. He developed a great rapport with producer Joe Chambers and between them they devised the character of Dodgy Joe, the guy who could get you anything, any time, no questions asked. He was thrilled when the photo of Dodgy Joe catching pigeons in Albert Square with a giant butterfly net appeared on the premiere flyer. From then on Kevin signed his text messages and thought of himself as ‘Dodge.’ He reprised Dodgy Joe in our hour-long feature film The Box and was good humoured about spending hours in a pigeon costume – bit of a theme developing here. You need to see it https://www.youtube.com/watch?v=6qZxhrRCtqM. He was highly disappointed when he had to appear under his own name in Life’s a Lottery.

The social side of Acting on Impulse was a great joy to Kevin, from the Christmas party with its impromptu pantomime, to the post-premiere barbeque, with its presentation of certificates and photographs.

We visited Kevin in hospital and he bounced back, albeit walking with a stick. Nothing would keep him from the workshops and his enthusiasm was boundless. He always wanted a bigger part and we are so sorry that he never made it to see his performance in Life’s a Lottery. However, his dream of a solo film is about to come true. He will have a slot all to himself at the premiere, as we remember him.

Kevin’s last film scene was at his beloved Cornerstone, lying on the floor, boots off. Dodge, we salute you. It’s going to be hard to find another actor who will fill those boots. Thank you for being part of our lives.