Whatever will we come up with next? 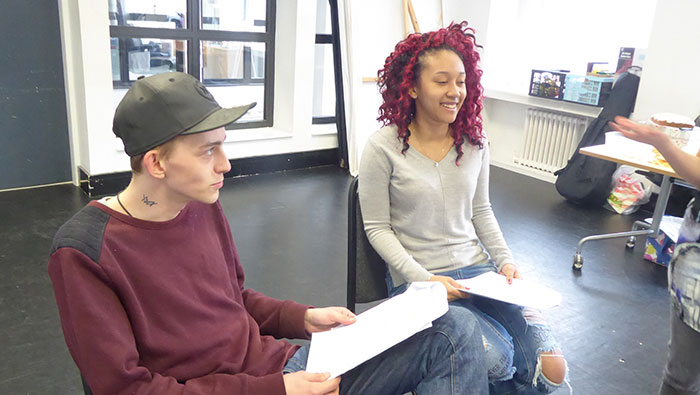 Every year our Artistic Director Lauren manages to come up with ideas for a completely different kind of project. This is put to the actors at our late summer BBQ and award ceremony. ‘How about a horror film?’ she asked innocently. The gang seemed quite keen.

Season 11 opened at our new venue, Hope Studios, at the end of October 2017. The actors loved the long Dance Studio, with its full-length mirror wall. It’s open on Sundays so other groups buzzed in and out of the building and as we worked we could hear snatches of audition speeches and songs from other rooms and there were often groups waiting to take music exams. It was delightful to be among creatives and the staff couldn’t have been more welcoming. 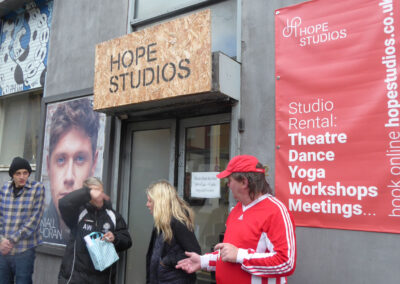 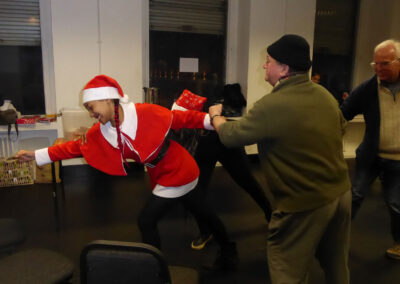 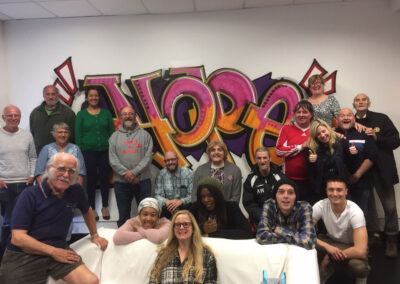 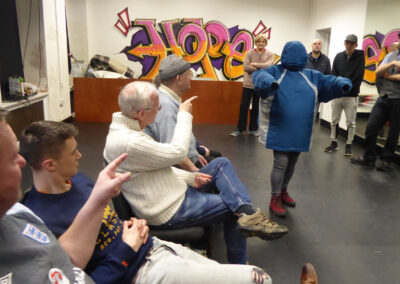 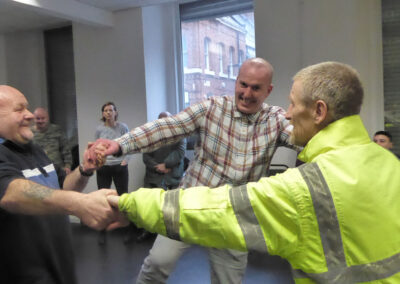 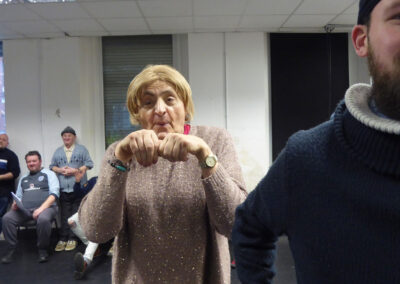 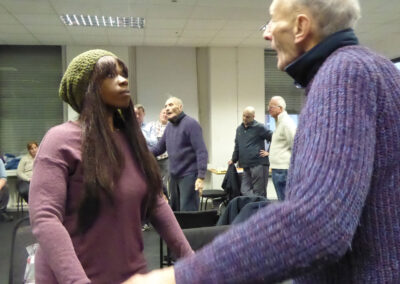 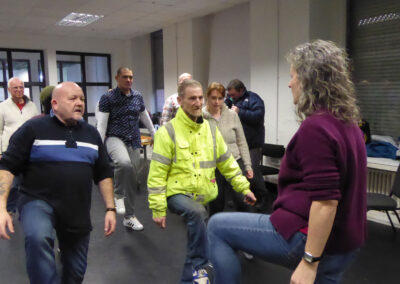 Workshop Director Rachel Muter, assisted by Sarah Lee, led an expedition into the swamplands of what we fear most, who we fear most, where those fears come from. The threads of the story that Lauren had suggested now began to take on a life of their own through devising and improvisation. The actors’ imaginations soared and ideas flew.

Then Rachel introduced a new discipline, movement. As the actors learnt to move in unison, the choreography developed into something quite arresting.

By February this year Lauren had written the script, based on what was emerging from the workshops and rehearsals began in earnest. We had a total of 26 people coming along and 21 made it to the end. 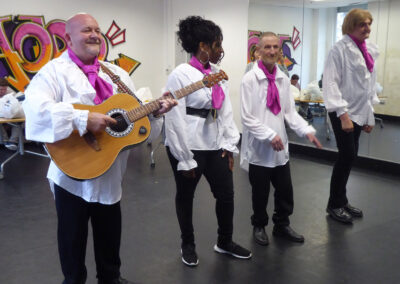 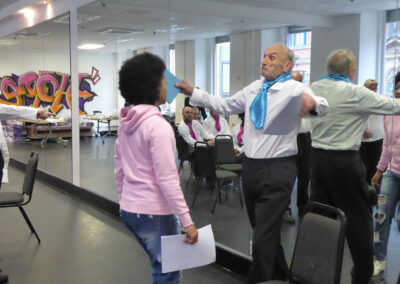 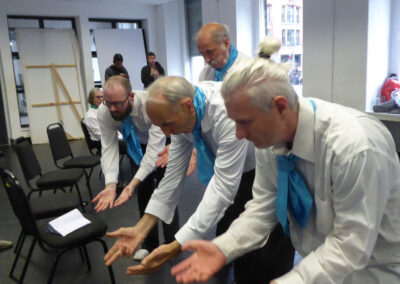 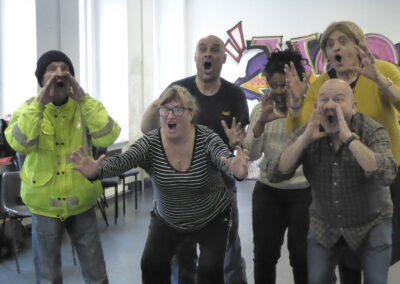 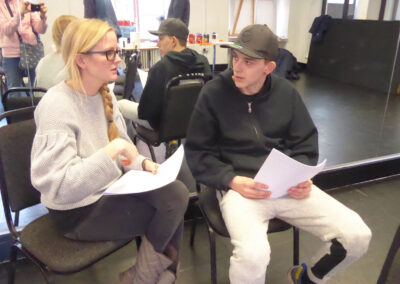 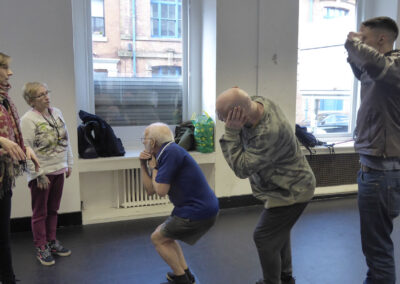 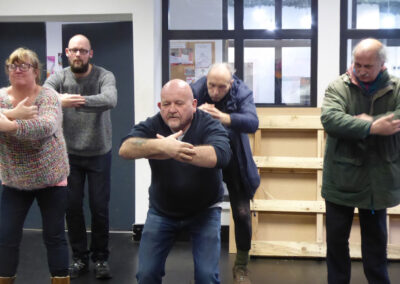 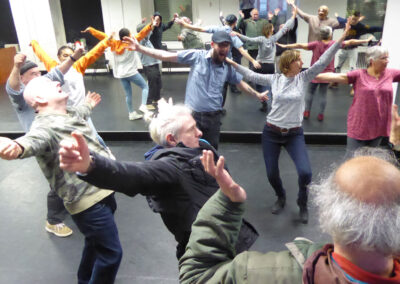 The challenge is how to give everyone a fair share of the story. Last year, in Press Call for Help, we had 4 stories bound together through the device of 4 passengers stuck in a lift, looking back on their day from hell. The year before, in Life’s a Lottery, we had 10 cameos, 2 actors in each. This time it’s an ensemble piece. Although 2 main characters move the story forward, everyone else has a significant back story, a relationship with their peer group and a current motivation for what we see them doing. Only towards the end of the workshops did the actors begin to see the full storyline, and they were all sworn to secrecy.

Read about how we made the film in the next blog.