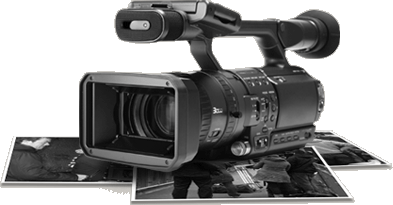 So why change? We have always been proud of our website which was inspiringly produced by ‘Love Creative’. But technology has moved on. The old site was not easy to edit or update. The Home page was very ‘static’ which meant we didn’t attract much traffic to the site. Also, more people view websites on mobile phones than on laptops! And the site did not format well on mobiles.

So we decided a change was needed. What we wanted was a site that:

We employed Chris of chrisdack.net Ltd to do the work. He grasped quickly what we wanted and has worked tirelessly to deliver on all counts.

And this is it! We hope you enjoy following us through its pages whether it is the blog or an update on our latest films.

The workshops are held at a venue familiar to our actors. Our third series started in October 2009 at Cornerstone Day Centre in Hulme, Manchester. Big thanks to them for being so accommodating.

Coming to an acting workshop is a bit daunting for a newcomer, so we start with food and drinks and a half hour of socialising. Then there are warm-ups and games, to break down barriers and help us all to remember names. These days we find that the actors themselves have the ability to lead the warm-ups.

Story-telling is an integral part of the workshops. The story that each actor knows best, is their own story. Confidence begins to grow as people realise that they are being listened to intently, and these stories become the backbone of our productions. Pair work and team work are built in and character work is developed by hot-seating and improvisation. Our actors work hard, and the energy and concentration displayed in workshops can be high octane.

By the end of the autumn term we start introducing the scenario of the production we are planning. By the Spring Term the workshops morph into Rehearsals. The productions take place around Easter.

Our current project is Shakespeare. The autumn workshops were used to acquaint ourselves with a multitude of Shakespeare characters and to imagine them as people living on the streets. Here are the observations I made of the performance at the end of one workshop, totally devised by our actors:

Action: Imogen is a feminist helper at the van. She sees Iago with Bianca and accuses him of harming her. Bianca doesn’t want her help as she’s quite happy with Iago. Polonius teases everyone and is the entertainer at the van. Imogen finally succeeds in breaking the couple up. Iago feels that Polonius is to blame and lures him into an alleyway where he stabs him. Polonius’s final words are ‘I knew I’d die splitting my sides.’

Puck plays the 3 card trick with Falstaff and is tricked into losing all his money. Lady Macbeth schemes to get her daughter Kate off the game and married to Falstaff. Puck sprinkles dust on the sleeping Kate’s eyes so that when she wakes up she sees him and falls in love with him. They get married. Lady Macbeth is distraught when she learns that Puck has lost all his money and gets Juliet to scrub her hands in an attempt to wash her ring off.

How good is that? I so enjoyed watching it (you won’t get me acting, I stick to the admin, refreshments and being ‘set Mum’).

We’ve moved to The Mustard Tree for this spring term’s rehearsals. I’ll take you there next time.